Wells Fargo investment bank has filed with the US Securities and Exchange Commission (SEC) for a private Bitcoin fund. 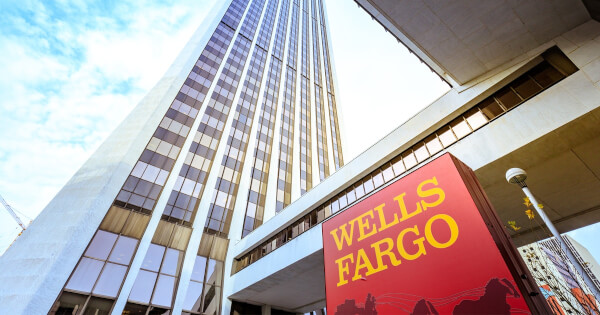 According to seekingalpha.com media outlets, Wells Fargo has registered for a passive Bitcoin fund with the US regulator to provide its wealthiest clients with an indirect vehicle for investing in cryptocurrency.

The SEC’s filing indicates that Wells Fargo has partnered with NYDIG and FS Investments on the Bitcoin offering. Wells Fargo will obtain certain fees when its clients invest in the FS NYIG Bitcoin fund. Both asset manager FS Investments and Financial services firm New York Digital Investment Group (NYDIG) have been working together on Bitcoin investment funds in the past.

As of Thursday, August 19, the new fund, FS NYDIG Bitcoin fund, did not have any sales
at Wells Fargo.

Meanwhile, JPMorgan Chase & Co also registered for a passive Bitcoin fund with the US SEC during that same day. The report shows that the bank partnered with NYDIG and will get a percentage of sales through subsidiaries.
At the time of the filings, JPMorgan’s Bitcoin fund had not completed any sales.

With the crypto move, Wells Fargo and JPMorgan have joined a rising number of investment banks that have offered crypto investments to clients, including Citigroup, Goldman Sachs, and Morgan Stanley.

The efforts by these major banks to launch access to funds that enable ownership of Bitcoin is a significant step for crypto acceptance as an asset class. This confirms that bank clients demand exposure to cryptocurrency.

Bitcoin’s rally put Wall Street firms under pressure to consider getting involved in the nascent asset class in the past year.

At least for now, major banks are only allowing their wealthy clients access to volatile assets.

This year, Morgan Stanley became the first major US bank to provide its wealthy clients access to Bitcoin funds in March. The bank considers Bitcoin as suitable for people with “an aggressive risk tolerance” who have at least $2 million in assets held by the bank.